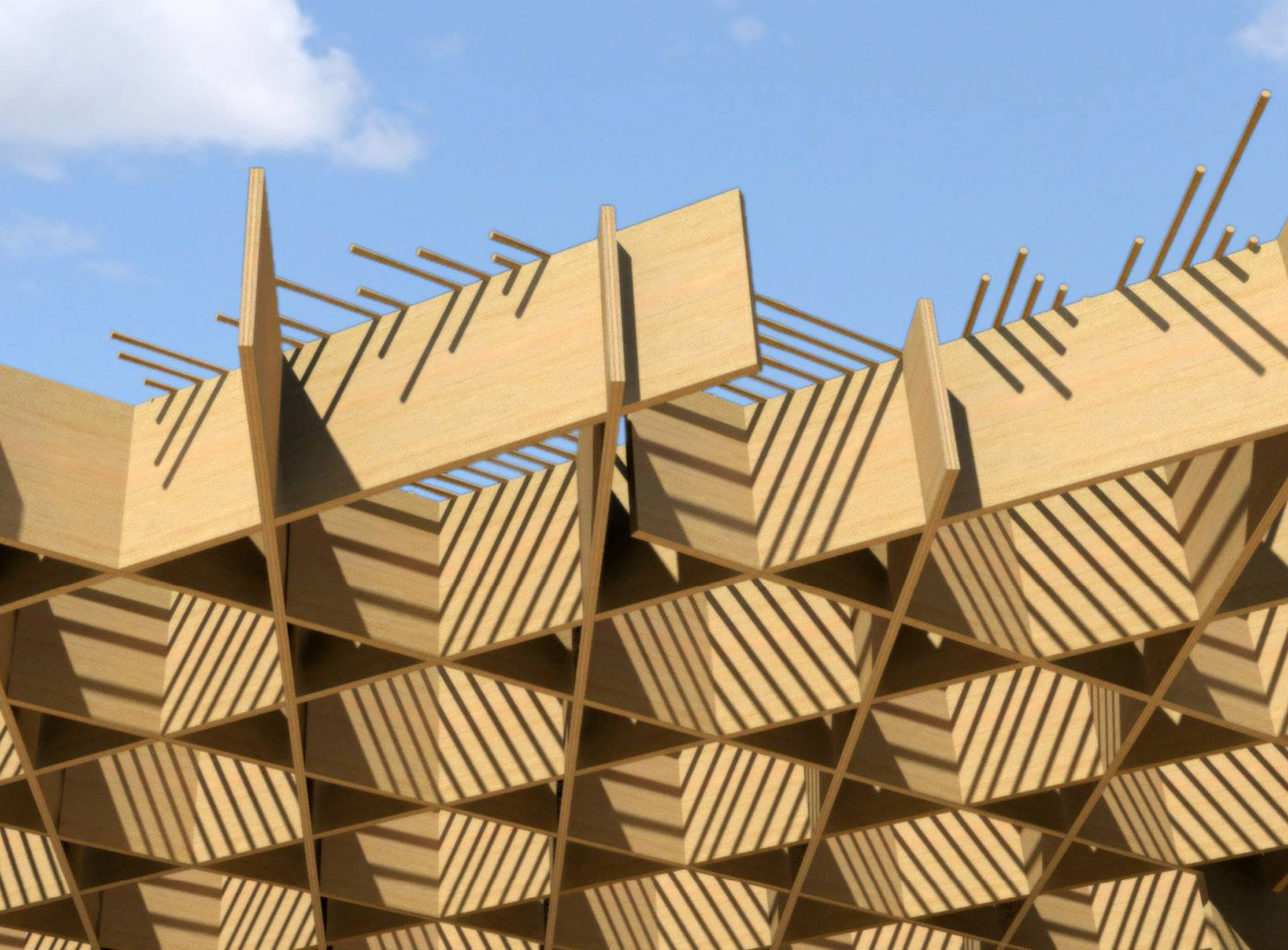 A tectonic interlocking which creates a unified whole to the temporary structure.

Using the traditional perimeters of the sukkah as a starting point, INTERLOCK explores the tectonic and figural potential of the structure’s main elements – base, walls, roof support, and sechach. Each element reinterprets the pattern and configuration of its adjoining element. The result is a tectonic interlocking which creates a unified whole to the temporary structure. 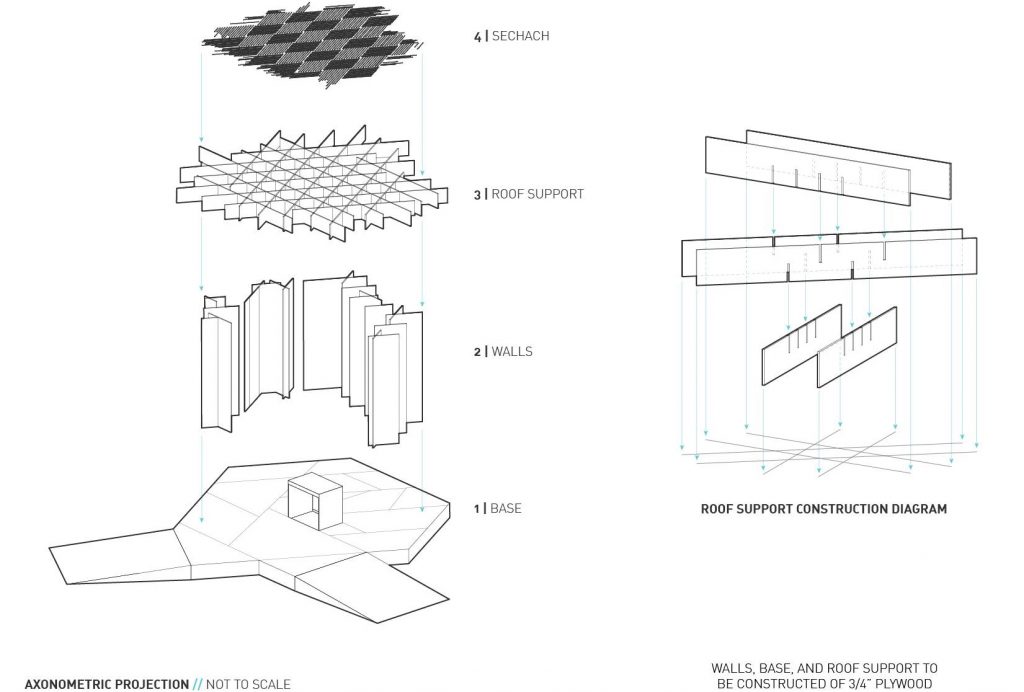 The base starts the complex interlocking pattern of the sukkah. It also serves to both draw the figural outline around the temporary space of the structure, and suggest permeability via multiple points of access. The trapezoidal shapes of the plywood floor panels are interrelated with the geometry of the wall panels above. The pattern of the base is the largest scale representation of the patterning inherent in the overall structural, which will become more dense with each element.

The ‘organic’ configuration of the plywood wall panels extrudes the joint lines of the floor panels below and suggests a kind of symbolic representation of a stand of trees. In this way, the density and permeability of the configuration changes as one moves around the structure. From a technical perspective, the structure gains much of its lateral stability from this configuration as well.

It is with the roof support that the structural pattern of the elements comes together to form a legible symbol – the Star of David. The symbol is formed by the interlocking plywood support members and then disappears at the edges of the roof. The ‘blurring’ of the edges further reinforces the permeability and temporal nature of the structure.

The final element is the sechach, which is comprised of untreated wooden dowels of varying diameters. The dowels will be laid into precut grooves along the top of each roof support to form an alternating hatch pattern. As with the roof supports, the pattern of the sechach fades away at the edges. This in turn, casts ever changing shadow patterns on the structure below much in the same way a more traditional roof covering might. 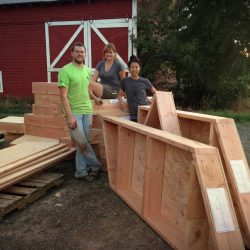 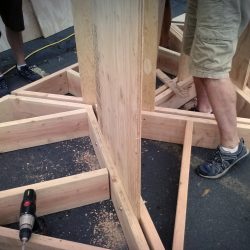 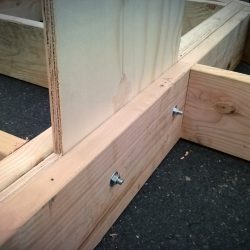 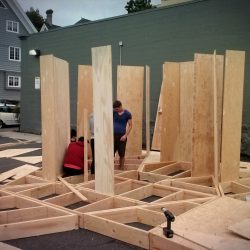 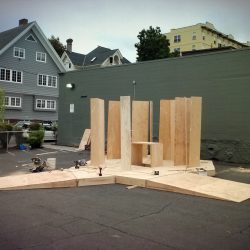 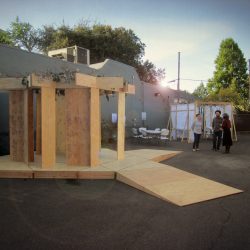 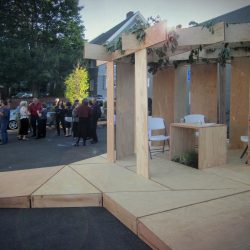 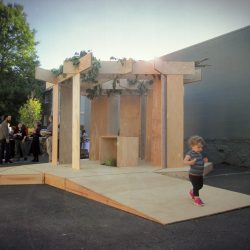 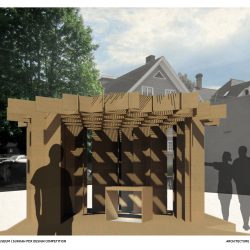 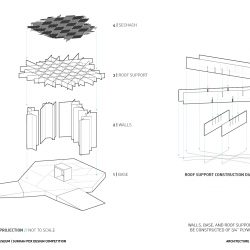 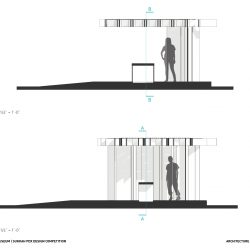 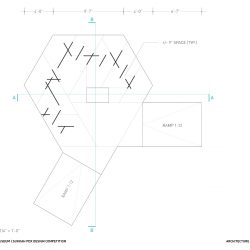 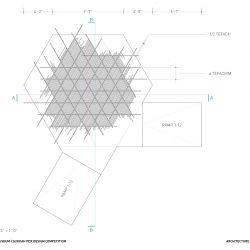 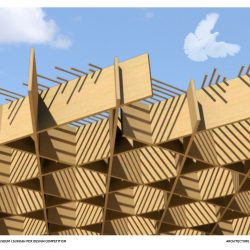